In David Addi’s life it’s about making an impact and living a life that sets his soul on fire.

The man who created the brand, Big Daddy Addi, is all about helping others and himself…but to truly succeed you have to develop something else. For David it’s always been a matter of trust, trust in himself which elicits the same trust from others. 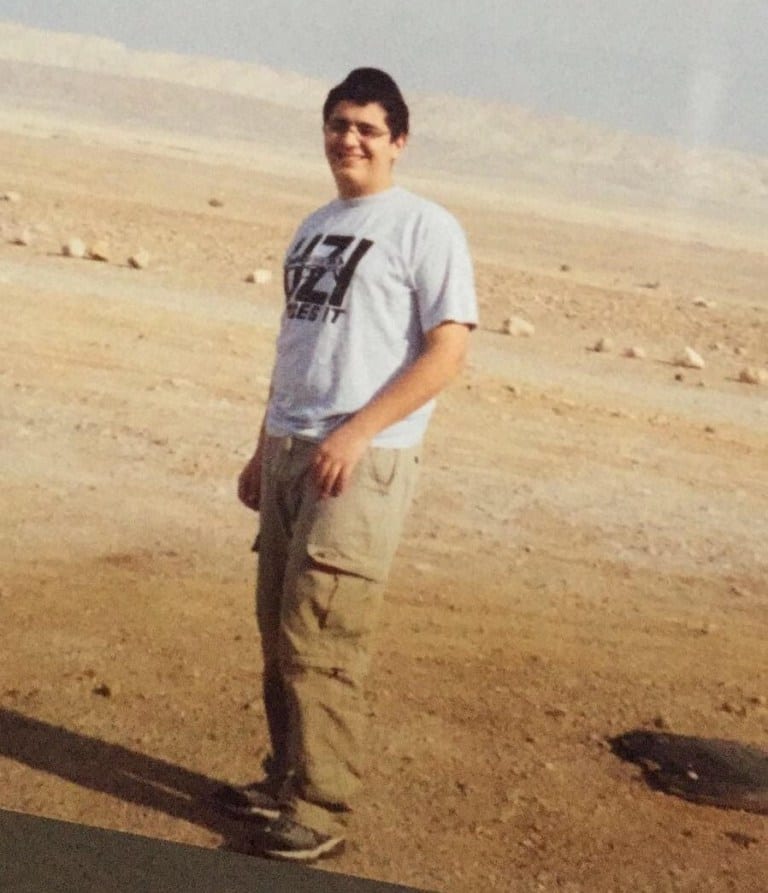 Shortly after school, David thought that the “something special” would be helping others to take flight, literally, as an air traffic controller. David says it was one of the most challenging things he’s ever done. “I studied so hard for that air traffic controller test,” says David. “I was shaking so hard during the test that I had cramps in my legs for three days after it was over. I got the score two weeks later and I was in such a state of joy.”

But the happiness didn’t last long. David’s dreams of helping pilots soar through the heavens, turned into an emergency landing. “Six months after my graduation I got a notice the government was changing the hiring laws,” says David. “I was devastated. They threw away our scores. The government said it didn’t matter even if you graduated with top honors. It was as if I did nothing. I was absolutely crushed. I didn’t want to get out of bed.”

For some, a hit like that can set them back for life. But David’s ability to trust in himself and his work ethic, meant the setback was simply a setup for a comeback. David got up and went to work… a lot of work.

“I was already married, had one daughter and we were expecting a second,” says David. “I realized I had to do something. I started working part-time at a butcher shop and with a travel agent. Then I started talking to a friend of mine whose brother owned a uniform store in New York, so I started doing part-time work for him here in Baltimore. It was selling uniforms with logos. I liked it, but it was really hard to balance three jobs.”

When David lost his opportunity to work in the airline industry, he says he knew it was not he who was in control, but God who was the real air traffic controller and this time David felt God stepped in again. Both of his bosses at the butcher shop and the travel agency told him they wanted full-time, not part-time help. “Simultaneously I lost both jobs,” says David. “It was a blessing in disguise and forced me to go all-in with the uniform company.”

It worked because David worked, despite the obstacles. “I remember I really wanted to work in an office and not out of my apartment,” says David. “My friend Josh let me work in his building, but there was no heat. I remember sitting there in the winter, with the heater by my feet and a coat on, praying to make sales. I was so cold. The winter was brutal. It was a metal warehouse, but I stayed in there, huddled up with my computer, trying to find people to call. The first year was OK, but by the second year I grew by 40%, third year grew by 45% and this year I invoiced my 1,000th customer. I’ve got a better office now too, with heat and air conditioning.” 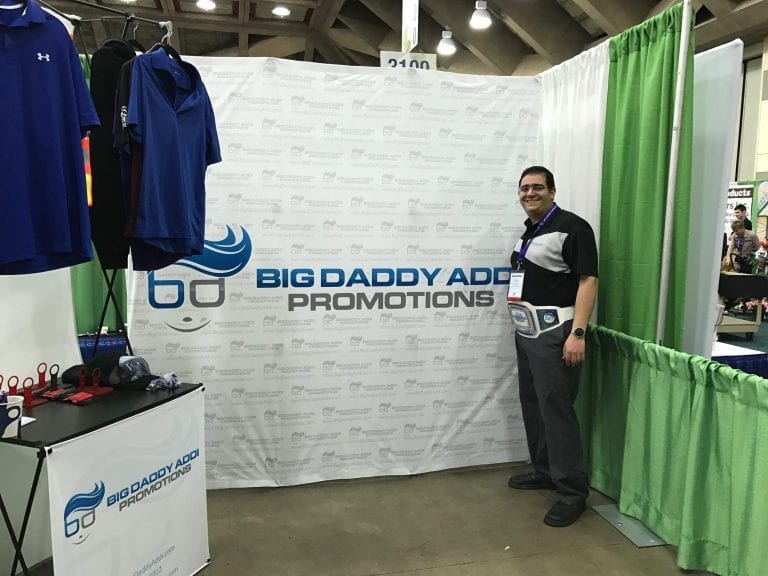 Much like an air-traffic controller, David helped the company to take flight, using his outgoing personality and people skills to create a few years of strong sales in the promotional product industry. But recently David got a phone call which made him stop and think.

“A friend of mine called to tell me somebody didn’t want to do business with me because of the name of my business,” says David. “At first I was upset. After thinking about it I realized Big Daddy Addi did not really explain what my business is all about, also because of my new affiliation with iPromoteU, a re-brand and a refresh made sense.”

But David wanted to find a name that would truly amplify his passion and his personality in alignment with his business. “I’m a big sports fan,” says David, “a Philly sports fan, (David lived in Philadelphia for part of his childhood), and whether it’s football or hockey I love seeing the players come out of the tunnel all fired up and ready to go. I thought how could I present this same enthusiasm to my clients about my business? That’s when I came up with the name: FiredUp Promotions.

David continues, “The other big news is we signed a deal with the nation’s second largest promotions franchise, iPROMOTEu. We are now an iPROMOTEu affiliate, plus I am bringing my wife Dalya on board, which truly makes this a “we/us” business. The goal moving forward is to grow to a million dollars in sales… in just about a year-and-a-half. This year we will do half-a-million, bring on a few sales people and allow them to grow. My biggest goal is to make an impact on the promotion products industry. A lot of the industry is run by those who are older and have been in the business for years. I want to be part of the next generation that makes a positive, exciting impact on our industry.

“I’m so happy I fell into this career. I never planned on it but once I did it has been amazing. Big Daddy Addi made a difference in this business, it brought PASSION. We are the most fun industry in the entire world, we sell things that have the same impact as toys. When someone sees something with their logo on it they see joy. Joy comes from the inside and they get to wear it on the outside. The feel of the logo should reinforce to people that they are amazing. I know when I got my first shirt with my new logo on it I was like – I exist, this is real, I am real. What I do gives my clients a feelings of existence. I like to see that they get all fired up!”

For David, it’s not just a business, it’s a life philosophy: “I want people to say that David brought passion to life. He loved what he does. He loved his family, loved God, always tried to look for the best in people. David wasn’t just my distributor, he was my friend. This is not a fly-by-night thing for me, I will do it forever. I love what I do.”

David’s got it right. Life’s about love. When you love what you do your soul is on fire. So why not be… FIRED UP!

Whether you are searching for a traditional promotional product for a trade show or the latest, innovative products to set your company apart, Fired Up Promotions can help! We have an unparalleled and extensive inventory of branded merchandise that will exceed your expectations and fully meet your needs.
Take A Closer Look